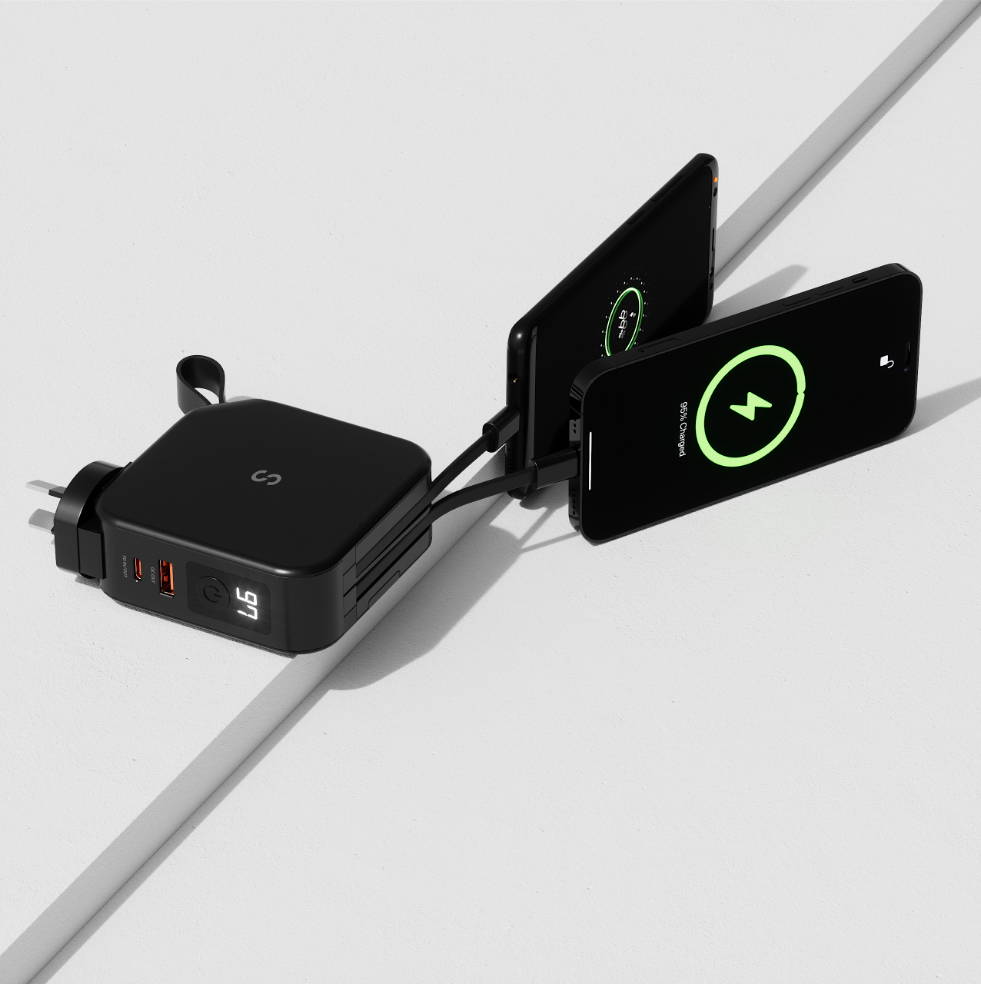 PowerPack Universal has built-in lightning & USB-C cables that support fast charging. No more messy & tangled up cables and never worry about leaving them behind.

Charging more than once device? PowerPack Universal offers multiple ways to charge and the ability to charge multiple devices at the same time. Power sharing just got easier. 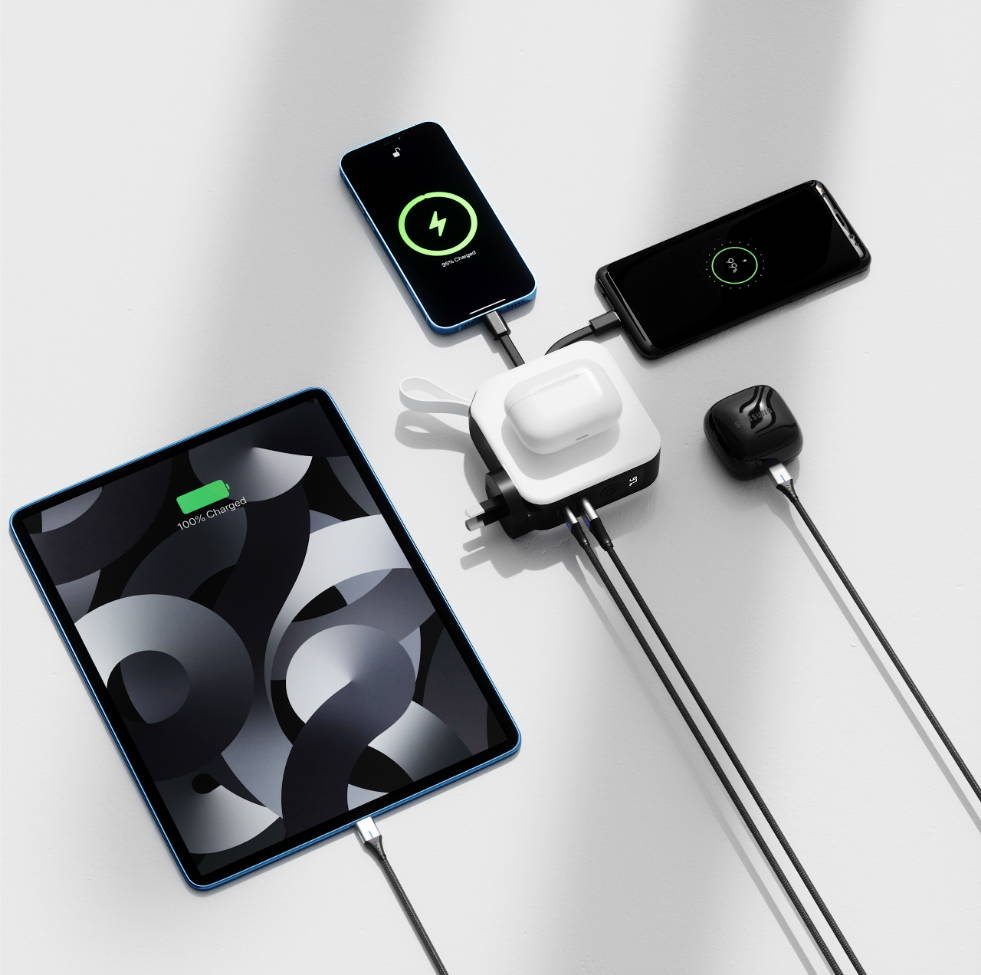 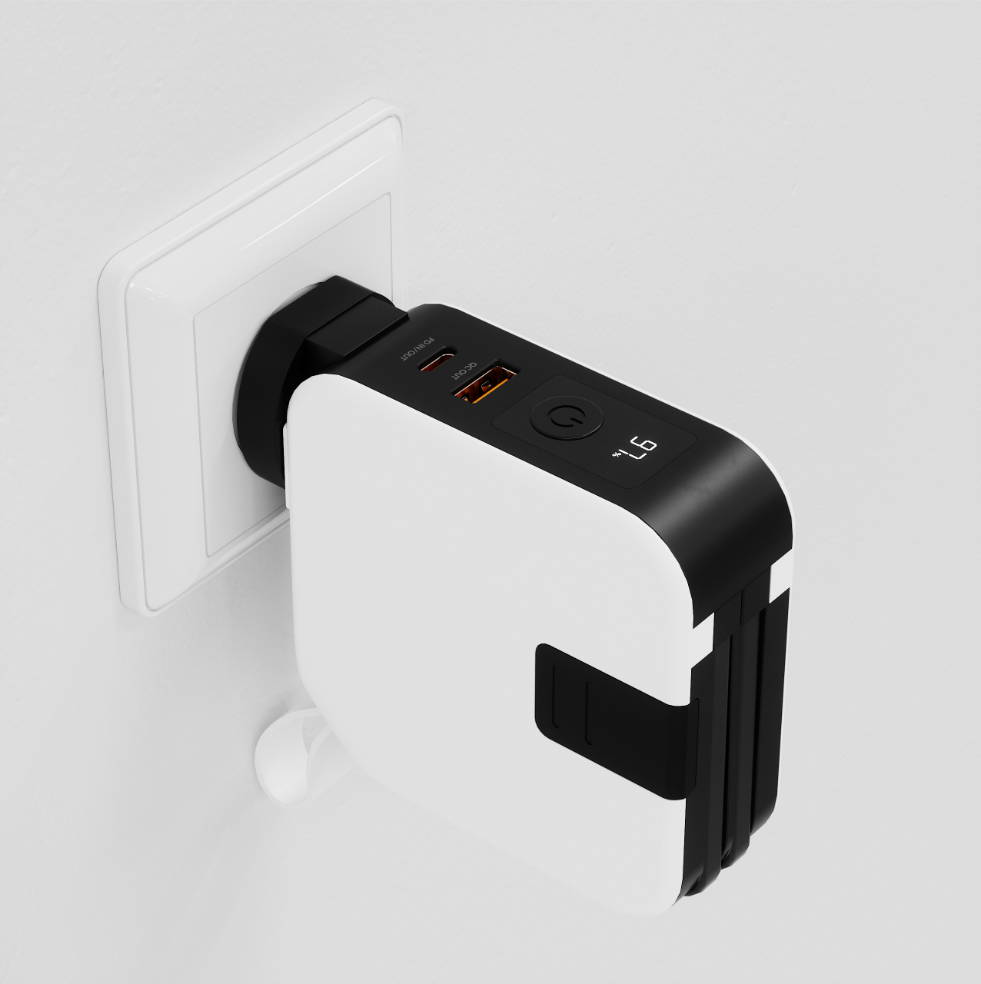 Recharging has never been so easy.

Recharging the PowerPack Universal is as simple as plugging into any power socket. That’s why we don’t include a charging cable and plug, you don’t need it.

Charge and recharge at the same time without compromise. While the PowerPack Universal is recharging, it will also charge any device that is plugged into it. 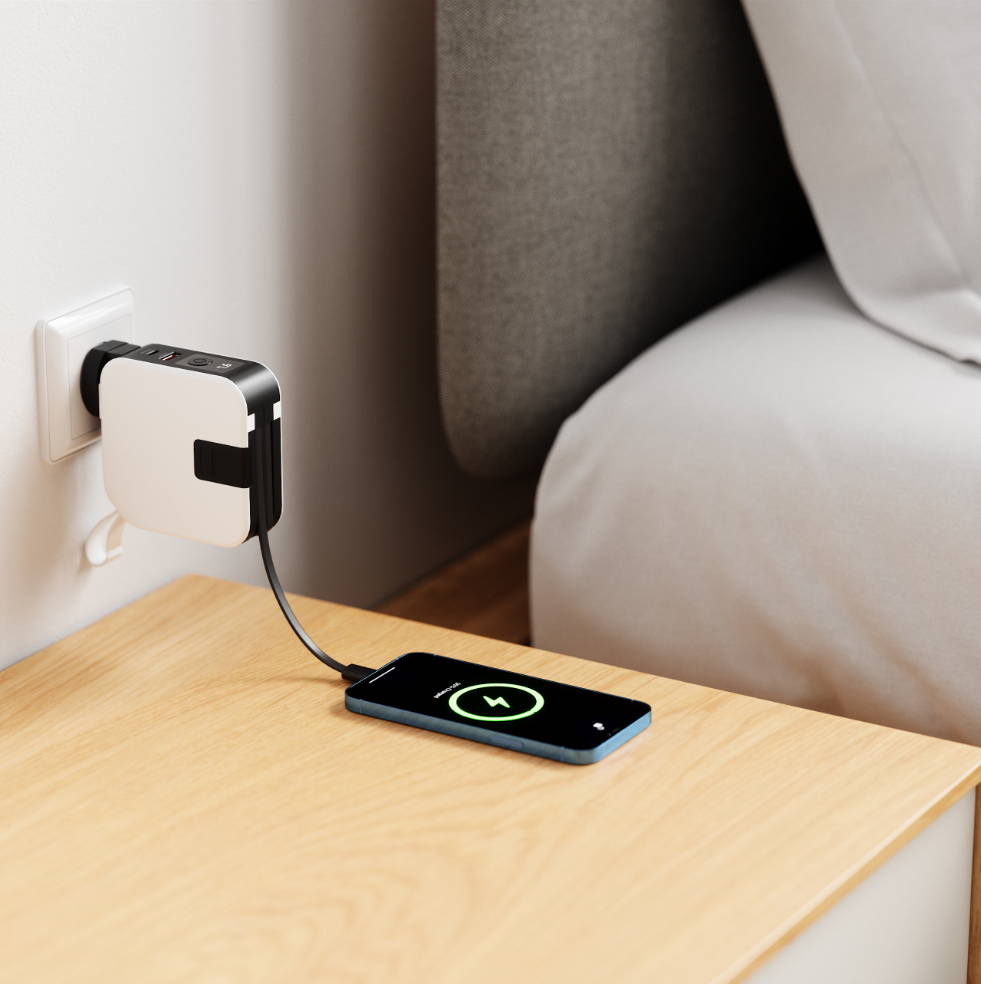 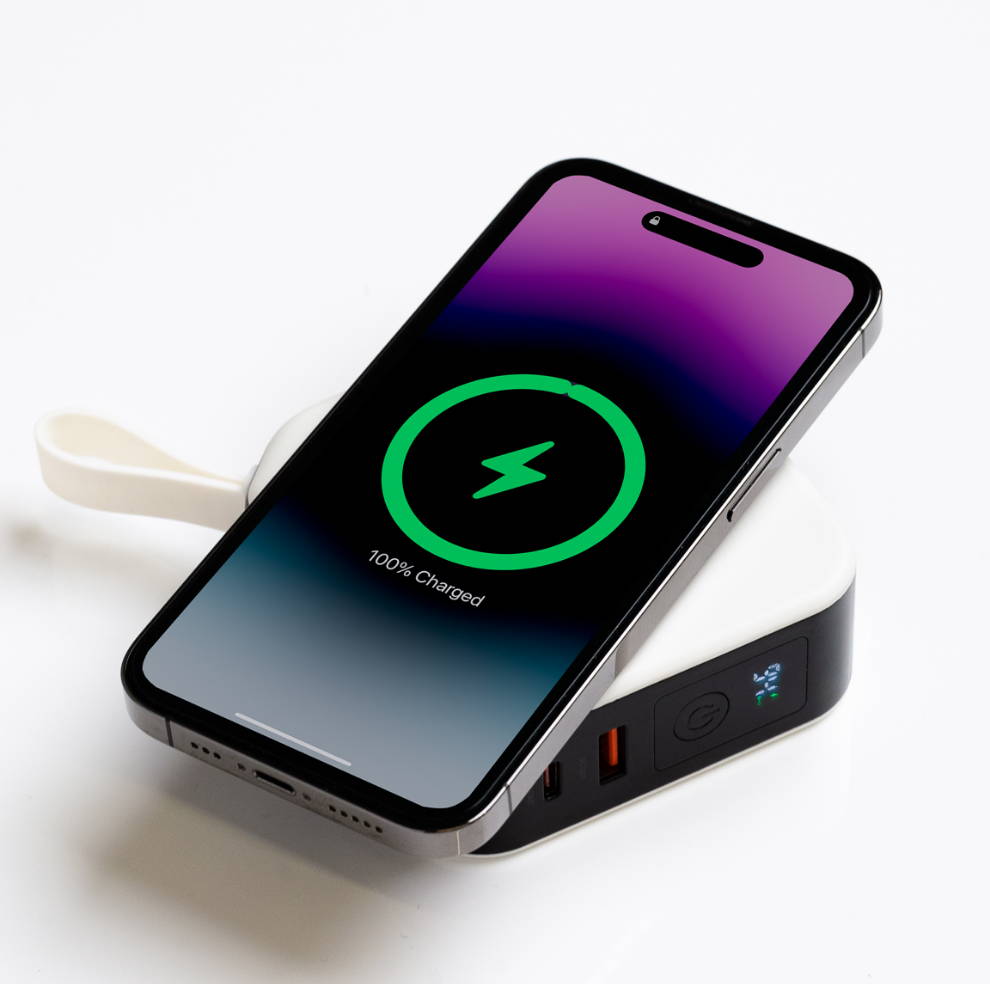 No charger is complete without the simplicity of wireless charging. PowerPack Universal has a 10W fast Qi wireless charging area, making it a fast and convenient way to charge an extra device while on the go.

Travel the globe without a worry with the PowerPack Universal. We’ve included 3 interchangeable power adaptors to make sure you can keep your devices charged in almost any country. The PowerPack supports power points in North America, Japan, China, United Kingdom, Europe, Australia & Hong Kong. 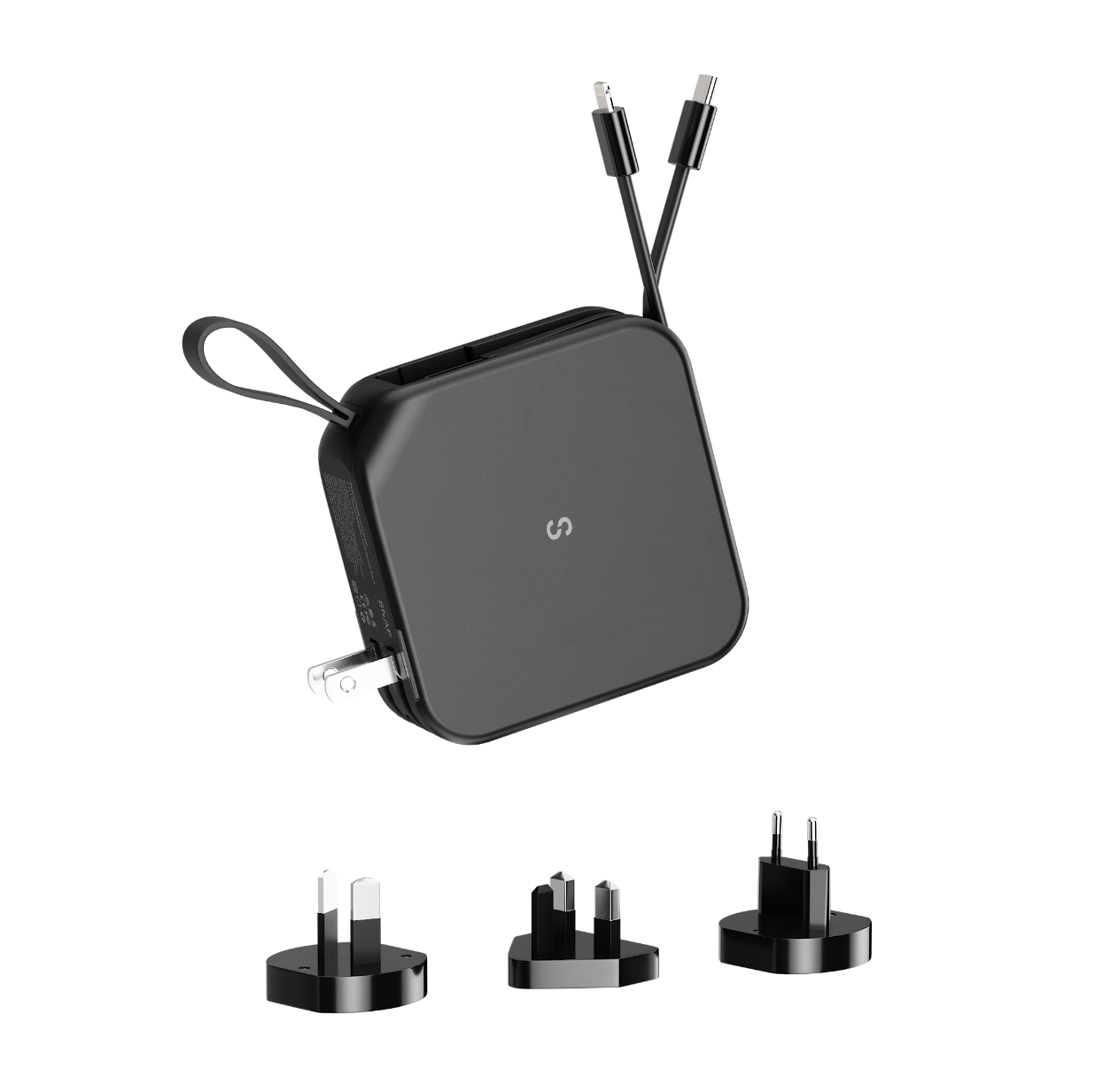 Great and complete package, including storage for while not in use. Extremely useful for my day to day with two young kids while out and about!

Loading...
Was this helpful?
A
Andrew Reviewed by Andrew
Verified Buyer
I recommend this product
Rated 5 out of 5

I love this charger! It is solidly built and works as per description. Would highly recommended this charger to anyone that is looking for the best all in one solution in the market. Well done Snapwireless!!

Loading...
Was this helpful?
JK
Joseph K. Reviewed by Joseph K.
Verified Buyer
I recommend this product
Rated 5 out of 5

What a fantastic conept

Great concept and really convenient.. A+

Have already bought a second as well